About the grapes and apples we grow 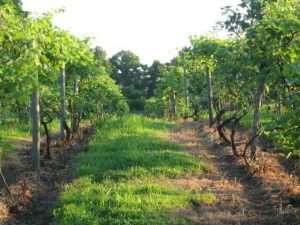 Thanks to new advancements in cold weather viticulture, regions that were once considered to extreme for grape growing in this country are now flourishing. Here at Four Sisters Winery in Northwest New Jersey we are no exception.

Our wines are made from grapes known as a Vitis Labrusca (Native American) and a French American Hybrids, which are a crossbred of traditional European varieties and Native American varieties. Most of the early hybrids were designed in Europe to be more disease resistant and cold hardy. They have since found there way to cold weather viticulture in American along with new varieties that have and still are being released from leading Universities. We have recently planted two new varieties known as Frontenac and Marquette from the University of Minnesota that are very cold hardy and can produce exceptional red wines. However, since it does take 3 years before we allow these vines to bear fruit they did not become part of our production until 2008 and 2009 respectivelly.

Four Sisters Winery only crafts wines from grapes that can survive our often bitter winters. For this reason you will not find traditional European varieties such as, Cabernet Sauvignon, Merlot, Pinot Noir, Zinfandel, Chardonnay, Pinot Grigio, Riesling, etc. Our belief is to only grow grapes suited to our region that produce a quality similar too and if not better than what you are currently enjoying 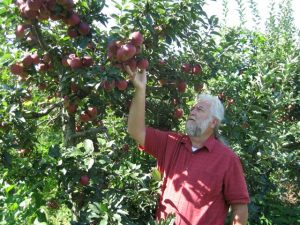 A seven-acre apple orchard provides juice for three of our wines; Sadie’s Apple, Spicy Sisters and Captain’s Choice.   Twelve varieties of apples including MacIntoch, Red & Golden Delicious, Granny Smith, Paula & Ida Reds, Empire and more make a wonderful blend of juice.   For family fun in late September and October, the orchards are open for pick-your-own.   Spicy Sisters is an apple wine with hints of cinnamon, cloves and nutmeg while Captain’s Choice is an apple wine fortified with brandy (port-style).

If you’re looking for quality wines with a local touch then stop by today for a complimentary wine tasting and ask about our free cellar tour offered every weekend and holiday.